Monitoring is the backbone of North Shore Country Club’s IPM lawn care program. “Scouting and record keeping is extremely important because history does tend to repeat itself, assuming that nothing has changed,'' said North Shore’s golf course superintendent, Dan Dinelli..

Dinelli’s monitoring expands past tracking weeds and pests to mapping wear patterns, poor drainage, shade and soil issues. North Shore Country Club can highlight the causes behind the problems thanks to this comprehensive monitoring. Dinelli’s team revisits this data during the offseason to develop plans to alleviate chronic pest and weed problems in areas often associated with micro-climates and infrastructure issues.

Even in the most basic form, practitioners can have trouble monitoring all their territory. But, Dinelli believes anyone can justify an effective monitoring program, because “if you review a landscape a couple times a week, usually you can stay ahead of most issues.” 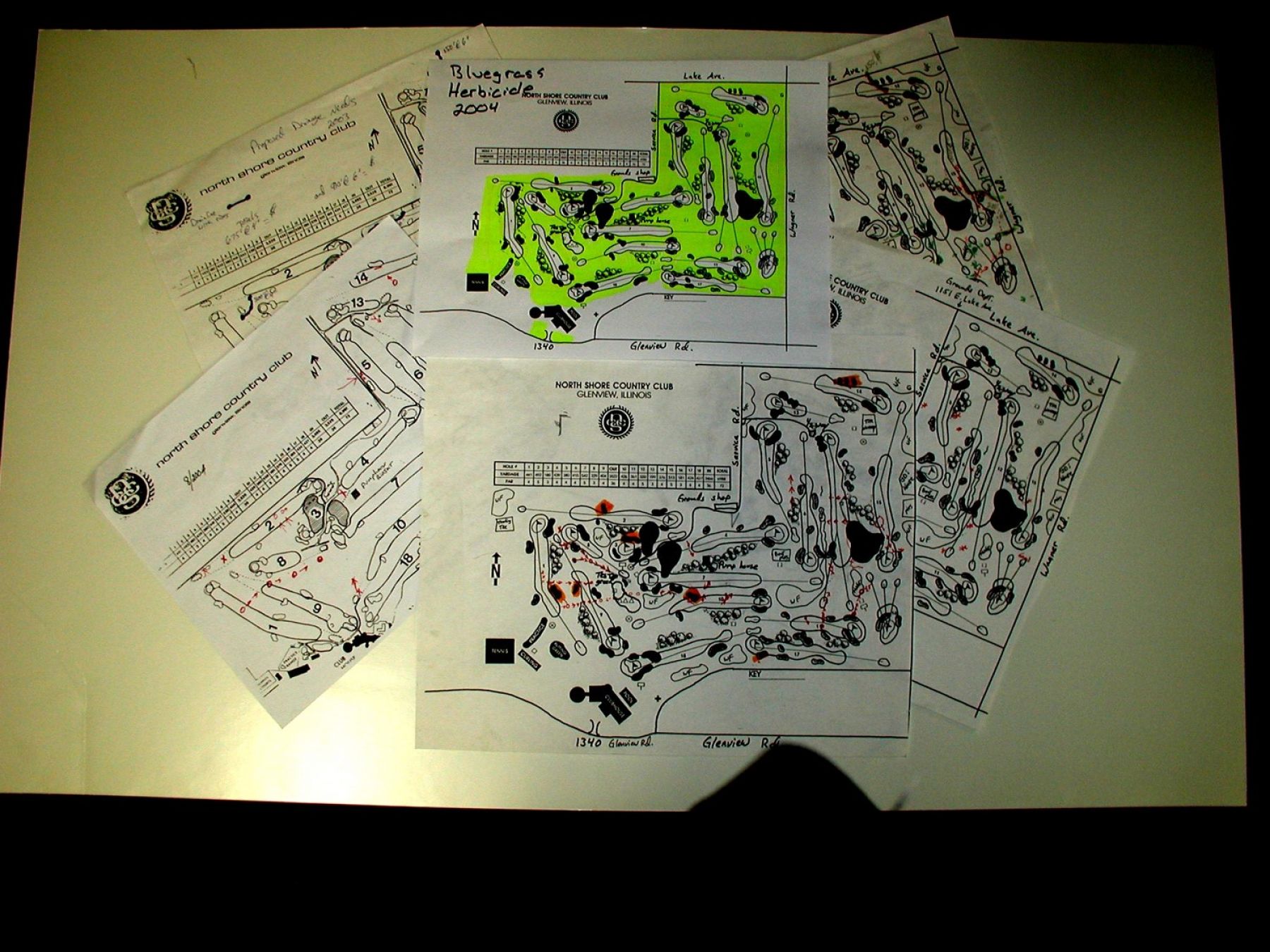 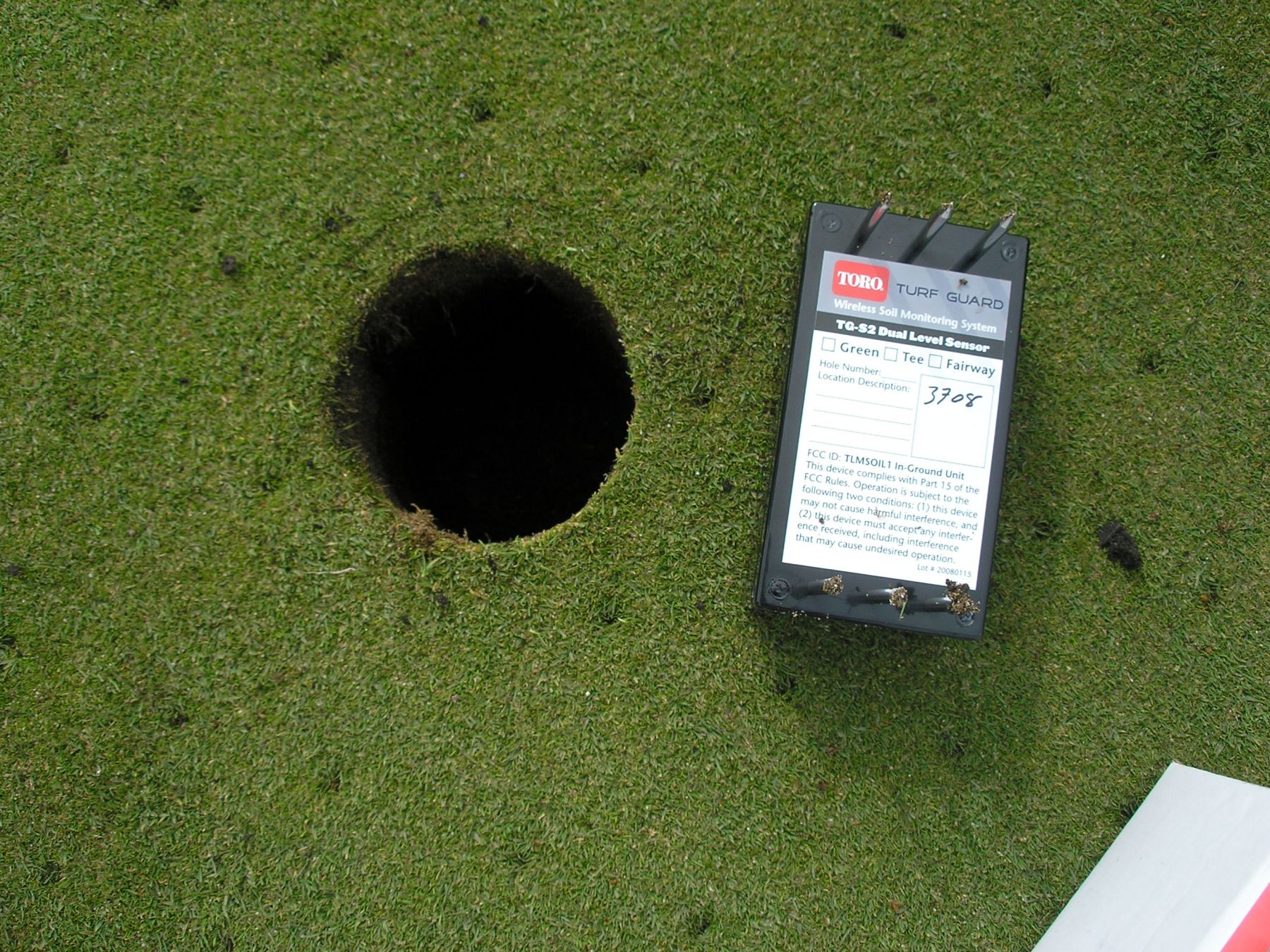 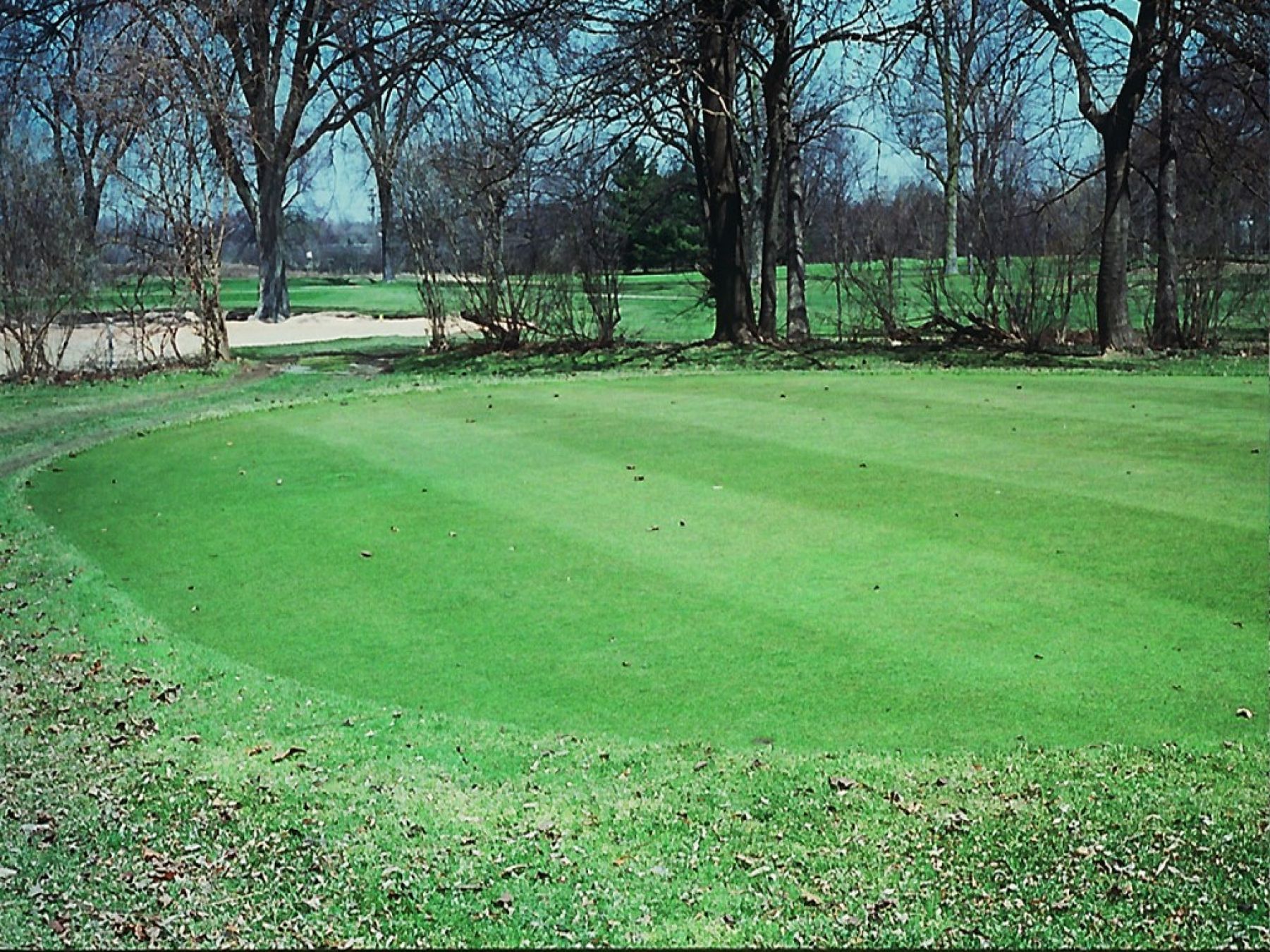 North Shore Country Club’s indicator garden. Any diseases or pests that pop-up in this field will indicate a potential problem to North Shore staff. 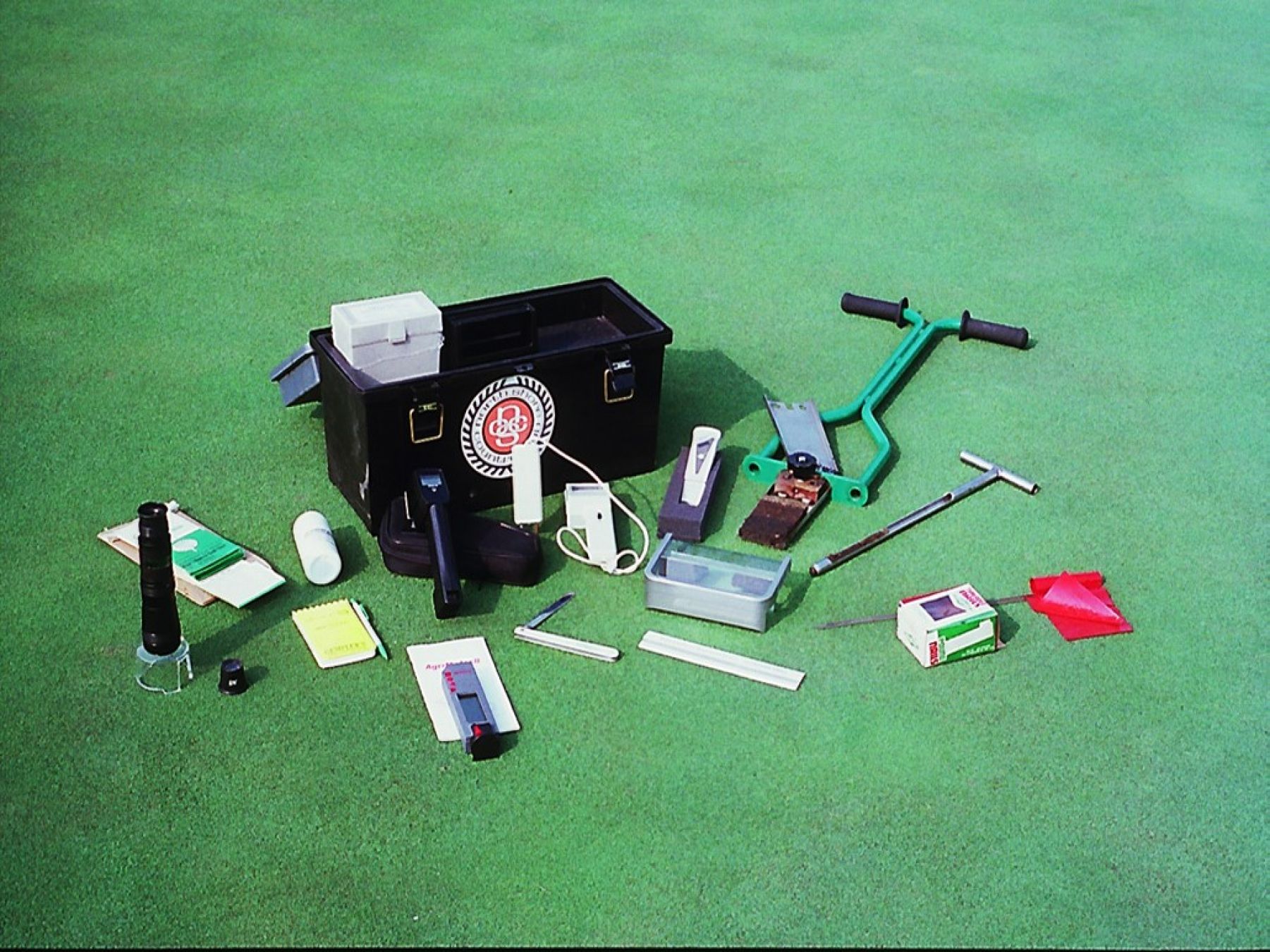 Dinelli’s IPM toolbox that his employees use to monitor course conditions.

In his time with the San Francisco Department of the Environment, Dr. Chris Geiger facilitated the creation of a Reduced Risk Pesticide List. The list groups products into one of three tiers based on factors such as acute toxicity, carcinogenicity and soil half life: Tier 1 (Most Hazardous), Tier II (More Hazardous) & Tier 3 (Least Hazardous).

“We go through each product one by one and ask ‘Is it necessary? Does it work? Is there a safer alternative?’” Dr. Geiger explained.

Development of the list occurs each year. IPM coordinators from each of the City Departments start the process by meeting to draft the list and submit the list to the Commission on the Environment for approval. The Commission’s review brings in opinions and values of the public to the process.

The reduced risk pesticide list has achieved impressive results. Since 2010, which is San Francisco's baseline year, the city reduced the highest hazard chemicals by 97%.

“It takes a certain level of expertise to apply our tier system, but not a huge amount,” said Geiger. “You don’t need a chemist to do it, you just need to know which websites to look at.” For those pursuing the Tier system, Geiger recommends looking at databases developed by the Pesticide Research Institute or the Pesticide Action Network of North America. 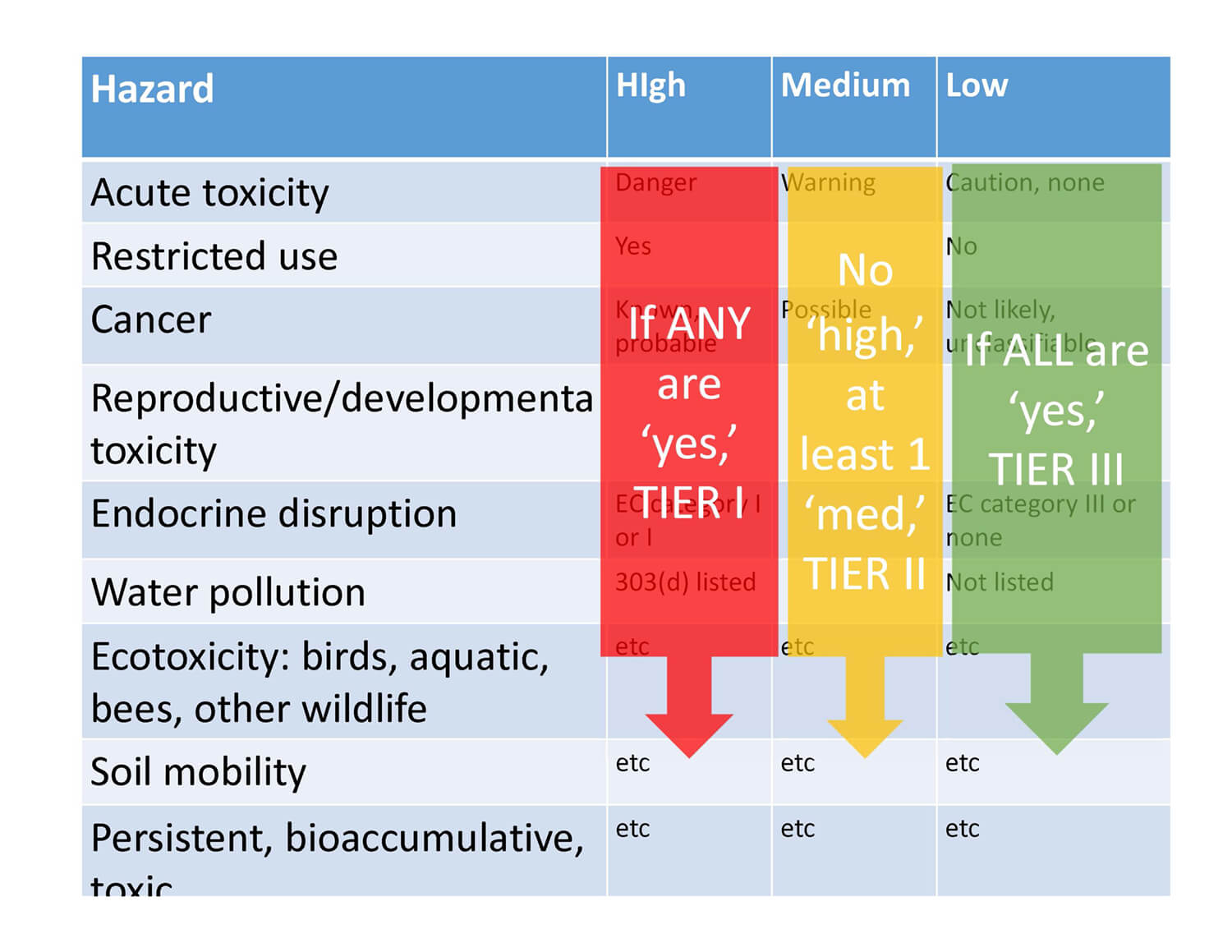 Accommodating monitoring with regular and detailed recordkeeping provides an account of past experiences and allows for fine-tuning of the IPM/NLC Program. Managers should keep records of pest and weed scouting, cultural management practices, weather, pesticide applications and soil moisture and drainage. We recommend downloading the following "Product Application Data Sheet" for any pesticide or fertilizer applications.

Evanston resident Susan Kaplan first engaged with the City of Evanston and their IPM work as a member of the City's Environment Board during the development of the City's first IPM Policy.

Adopting the policy in 2010 was the easy part, according to Kaplan, "Implementation is always the bigger challenge, because you have to have someone focused on it and you have to be concerned about costs."

In 2018, Kaplan and others involved an Evanston Alderman who had the environmental experience and recognition in the community to convene the necessary stakeholders to evaluate and improve the city's IPM program. Following a year of meetings, the City of Evanston issued a reprot to the city council detailing the city's IPM program in April of 2018. "The report pulled a lot of information together and was multidisciplinary in the sense that it brought together people and information from different city departments," said Kaplan.

Some of the more notable results from the report included the fact that the Evanston Parks and Recreation Department reduced its use of pesticides by more than 60 percent in five years and halted use of RoundUp on all lakefront parks. To ensure continued progress, the end of the report identified Pesticide Reduction Goals for 2018-2020, such as eliminating the use of Glyphosate products on all city properties and sharing IPM best practices with local institutions in the community such as Northwestern University.

City of Evanston's Environmental Bureau Chief, Paul D'Agostino, said that getting Evanston staff on-board with the changes presented the largest challenge to implementation of the policy. The report helped overcome this challenge according to D'Agostino, "The report helped us learn about what we were doing, what we needed to change and how best to get there."

The policy requires D'Agostino to produce this report every other year. Meanwhile, Kaplan has taken on a leadership role in advancing pesticide reduction across the Evanston community by holding quarterly IPM/NLC meetings.